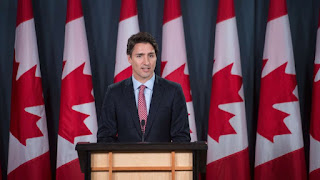 Reuters - Canada's Prime Minister-designate Justin Trudeau, who came from behind to trounce his Conservative rivals and snatch a majority mandate, now has to deliver on pledges from tackling climate change to legalizing marijuana.

Trudeau, who had also promised to withdraw Canada from combat in the coalition fight against Islamic State, said he told U.S. President Barack Obama on Tuesday that Canada will pull out of the bombing mission but maintain humanitarian aid and training.
The White House had earlier said it hopes the new Canadian government will continue to support the efforts of the U.S.-led coalition to fight Islamic State militants in Syria and Iraq.

"He understands the commitment I've made around ending the combat mission," Trudeau told reporters.
Trudeau, who campaigned on a promise of change, toppled Stephen Harper's Conservatives on Monday, giving him the freedom to start implementing his campaign pledges largely unimpeded.
He struck a chord with Canadians weary of nine years of Conservative rule. Harper resigned as party leader after the defeat.

The 43-year-old son of former Prime Minister Pierre Trudeau swept to victory with 39.5 percent of the popular vote in an election that saw the highest voter turnout since 1993.
The Liberal leader will have to quickly start delivering on his promises to change policy, beginning with a U.N. climate change summit in Paris in December.
Trudeau plans to double spending on infrastructure to jump-start anemic growth. In addition, his Liberals plan to begin working on legalizing marijuana "right away," Trudeau said during the campaign. He has said marijuana laws could be changed within the first two years of his government.
"To this country's friends all around the world, many of you have wondered that Canada has lost a compassionate and constructive voice in the world over the past 10 years," Trudeau told jubilant supporters in Ottawa. "Well, I have a simple message for you on behalf of 35 million Canadians: we're back."
The win marked a turn in political fortunes that smashed the record for the number of seats gained from one election to the next. The center-left Liberals had been a distant third-place party before the vote.
"When the time for change strikes, it's lethal," former Conservative Prime Minister Brian Mulroney said in a television interview.
Trudeau attacked Harper relentlessly for turning Canada into a "pariah" on climate change issues. He pledged to attend the Paris conference, and then convene the country's provincial premiers within 90 days to create national emissions targets under a framework that would allow provinces to set a price on carbon.
U.S. Secretary of State John Kerry said Harper's defeat will not affect Kerry's decision on whether to approve the controversial Keystone XL oil pipeline between the two countries.
Trudeau backs Keystone and has vowed to repair cool relations between Ottawa and Washington.
The Liberal leader said he did not raise Keystone in his conversation with Obama and made "a point of staying much broader in our conversation."
Choosing a cabinet will be one of Trudeau's top priorities before he and his ministers are sworn in. Trudeau said he would unveil his cabinet on Nov. 4.
Former Canadian Finance Minister Ralph Goodale is among seven top contenders to run that department, a senior adviser to Trudeau said.
The Liberals plan to run a C$10 billion annual budget deficit for three years to invest in infrastructure and help stimulate Canada's anemic economic growth.
Stock investors cheered the Liberal victory, betting it would loosen government purse strings to kick-start growth.
Shares of construction firms and railways rose on the Toronto Stock Exchange along with heavyweight resource and financial stocks.
Canadian medical marijuana stocks also were higher.
Liberals' strong showing removed the uncertainty that could have resulted from a minority government, and while the new administration plans to run deficits, it has also said it would keep corporate tax rates steady.
The Canadian dollar strengthened as fiscal policy could limit the need to cut interest rates.
"People are breathing a sigh of relief and they are looking for those areas that should show a positive impact from what the Liberals were talking about," said Irwin Michael, portfolio manager at ABC Funds.
Trudeau, a telegenic father of three, also returns a touch of glamour, youth and charisma to Ottawa.
Britain's Daily Mirror newspaper asked "Is Justin Trudeau the sexiest politician in the world?" while an Australian news website was more direct: "The votes are in and Canada has come out of its election with a super hot new leader."
Trudeau kicked off his first morning as prime minister-designate by greeting astonished voters at a Montreal subway station in his home constituency.

又、自由党は、2年以内にカナダでマリファナを解禁することを約束している。
Posted by minnie at 10:34 PM No comments:


Justin Trudeau greets people at Montreal subway the morning after election
Canada's next Prime Minister spent the morning after the election in a Montreal subway station to say thank you to transit riders. Surprised commuters shook his hand and posed for photos. For a detailed look at what went down on election night, click here: http://glbn.ca/TDj9U
Posted by Global News on Tuesday, October 20, 2015


この動画を見て、自由党がなぜ勝利したかがわかった気がする。
Posted by minnie at 9:05 PM No comments: 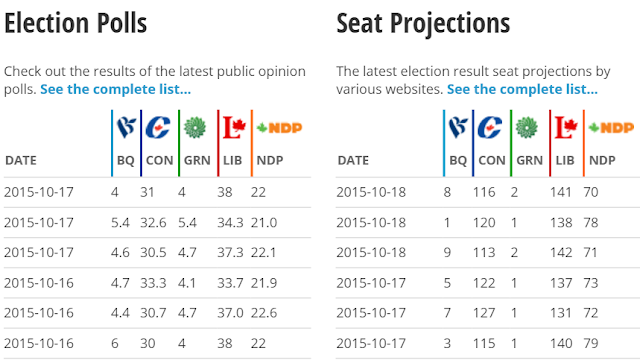 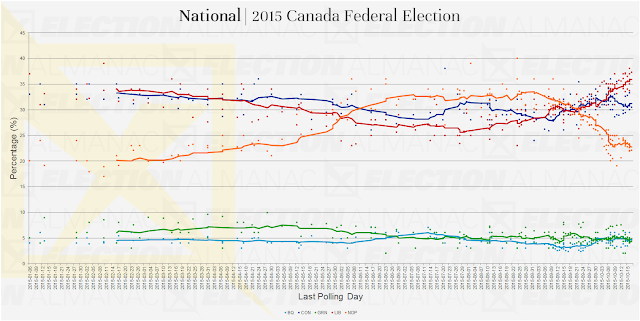 
One of the best explanations for the importance of voting that I've ever heard. And I would have given kudos to Harper or Mulcair had they said it too.
Posted by Sandenn Killoran on Tuesday, October 6, 2015


上は、ジャスティン・トゥルード―が若い人に投票を呼び掛けている動画。投票に行かないことは結果的に保守党に投票することになるということを訴えている。
Posted by minnie at 8:45 PM No comments:

Posted by minnie at 5:15 PM No comments:

Posted by minnie at 8:23 PM No comments: